The climate of Salt Lake City is commonly claimed to be semi-arid, but under the Köppen climate classification, Salt Lake City has a hot-summer humid continental climate (Dfa) with hot summers and cold, snowy winters, somewhat odd for a place close to the hottest areas in the United States.

The primary source of precipitation in Salt Lake City is massive storms that move in from the Pacific Ocean along the jet stream from October to May. In mid-to-late summer, when the jet stream retreats far to the north, precipitation mainly comes from afternoon thunderstorms caused by monsoon moisture moving up from the Gulf of California. Although rainfall can be heavy, these storms are usually scattered in coverage and rarely severe. However, downtown was hit by an F2 tornado on August 11, 1999, killing 1 person, injuring 60, and causing $170 million in damage. The remnants of tropical cyclones from the East Pacific can rarely reach the city during Fall. The remnants of Hurricane Olivia helped bring the record monthly precipitation of 7.04 inches in September 1982. 1983 was the wettest year on record, with 24.26 inches, while 1979 was the driest, when 8.70 inches were recorded. Spring snowmelt from the surrounding mountains can cause localized stream flooding during late spring and early summer, the worst examples being in 1952 and especially 1983, when City Creek burst its banks, (Creek-bed scouring in Memory Grove, caused by high spring run-off in City Creek, filled much of the submerged waterway running westward under North Temple Street towards the Jordan River) forcing city engineers to convert several downtown streets into waterways.

Salt Lake City features large variations in temperatures between seasons. During summer, there are an average of 56 days per year with temperatures of at least 90 °F, 23 days of at least 95 °F, and 5 days of 100 °F. However, average daytime July humidity is only 22%. Winters are quite cold but rarely frigid. While an average of 127 days drops to or below freezing, and 26 days with high temperatures that fail to rise above freezing, the city only averages 2.3 days at or below 0 °F. The record high temperature is 107 °F, which occurred first on July 26, 1960 and again on July 13, 2002, while the record low is −30 °F, which occurred on February 9, 1933.

During mid-winter, strong areas of high pressure often situate themselves over the Great Basin, leading to strong temperature inversions. This causes air stagnation and thick smog in the valley from several days to weeks at a time and can result in the worst air-pollution levels in the U.S., reducing air quality to unhealthy levels. This same effect will also occasionally play a role in the summer months, causing tropospheric ozone to peak in July & August, but in 2015 it started at the beginning of June. In 2016 Salt Lake’s air quality was ranked 6th worst in the nation by the American Lung Association. It received an F grade for both ozone and particulate matter. Particulate pollution is considered especially dangerous, as the tiny pollutants can lodge deep in lung tissue. Both ozone and particulate pollution are associated with increased rates of strokes, heart attacks, respiratory disease, cancer and premature death. Outdoor air particulates have been associated with low and very low birth weight, premature birth, congenital defects, and death. 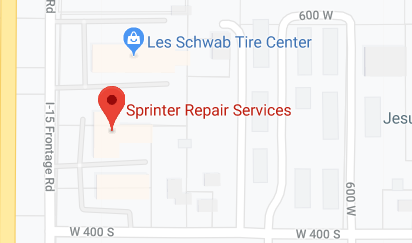